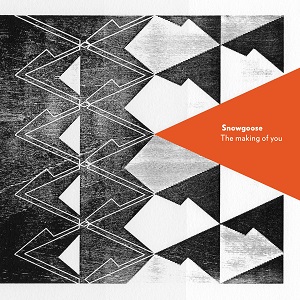 
Eight years on from their debut, songwriting duo Jim McCulloch, formerly guitarist in the Soup Dragons, and Anna Sheard are joined by a plethora of names from Scottish indie-pop luminaries for their second album, among them members of Belle and Sebastian, Teenage Fanclub, BMX Bandits and The Bluebells, for a collection of songs that, lyrics largely written by Sheard, straddle folk and 60s West Coast psychedelia.

It's the former that gets things underway with 'Everything', opening with Sheard singing unaccompanied before the instruments kick in on a stately slow tempo while, despite the traditional-sounding title, 'Who Will Ye Choose' is a 70s strum in the manner of Carly Simon's 'You're So Vain' with an infusion of 'Girl From Ipanema' samba. From the same era, 'Hope' calls to mind the guitars and jazzy soul vibe of the Isley's 'Summer Breeze' while nodding to its Scottish roots with a hint of Postcard label pop.

They keep the laid back feel and delicacy throughout, the slow swaying title track with its muted rumbling drums again drawing on the traditional folk framework of the 60s psychfolk practised by the likes of Pentangle, as does 'Golden Wing', with 'Counting Time' nodding to a barefoot Judy Collins and, with its subtle mazurka undertones, 'Leonard' clearly doffs the blue trilby to Mr. Cohen.

There's a strong relaxed summer ambience throughout, finely captured in the airy sway of 'Deserted Forest' and 'Undertow' as it heads to the close, ending on the strum and keyboards accompanied 'Gave Up Without A Sound' where Sheard does her best Sandy Denny.

Ian Rankin and Justin Currie are both avowed fans, seek it out and it'll be the making of you too.

Who Will You Choose