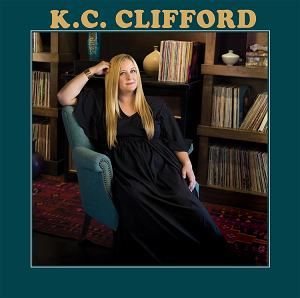 
Returning to making music after an eight-year gap and giving birth to two kids after believing herself infertile, the Oklahoma three-time Woody Guthrie Award-winning singer-songwriter has made a few changes, not least this being her first album based wholly around piano. Here the keys are handled by Daniel Walker, while the rest of her backing lines up as bassist Raul Alfonso, Mike Walker on drums twin guitarists Randy Sanders and Jared Evans and producer Will B. Hunt on percussion, along with strings and a gospel choir.

An album about moving on and letting go of parts of you that have perhaps held you back, about finding your own truth and experiencing and offering kindness, it opens with the organ-backed, Memphis-coloured 'Music In Our Souls', a song about how we've "lost our rhythm and harmony" and that we need to turn up our internal stereo and find the beat again.

Slowing the pace to a country-tinged, strings polished waltz, but continuing the musical and thematic mood, on 'Let's Go Back' she sings that "We walk through this house like we're strangers" but "deep inside our love remains", whether that's a personal or a more universal relationship, and calls for a return "to a place where kindness flowed freely".

Set as a sparse piano ballad 'Just In Case' turns the focus to having an anchor amid life's turbulent storms when there's never good news on the other end of the phone, a simple love song to " hold me close knowing our time is borrowed/Just in case there aren't any more tomorrows" and about saying how you feel now rather than wishing you had later.

In contrast, the equally meditative 'One Good Reason' is about the distances that can grow between people ("Don't know how to reach you these days/Even when you're next to me") but how you want to cling on and try and turn it around, because "in spite of all, all the ways we fall short of perfection… I will love you till our days are done".

Kicking the tempo back up with some soulful piano, 'Call of Love' is again about, when "all around us there's suffering", reaching out to those adrift in the darkness and our "sisters and brothers/Who ain't got nothing at all".

She gets into slow, bluesy territory with 'No More Living Small', a gospel-shaded number about not disappearing into the background in order to appease others ("Spent a lifetime trying to please you/Stepping aside and never finding out who I am"), of letting your voice be heard, "growing strong, and singing truth", because "I'm not afraid of being too much".

That letting go of the parts of ourselves that no longer serve us is also the sentiment at the core of the piano ballad 'Ophelia', someone described as "last seen wearing her heart on her sleeve" a "blue-eyed beauty …prone to hysteria" with a "flair for tragedy", a song about saying farewell to a negative part of her so as to find "the girl that I was meant to be".

As you might surmise, another reflective piano driven track, the heartfelt 'You Couldn't Stay' concerns the loss of someone close ("you left before I had the chance to say/You were a friend, you spurred me on/And the music's not the same now that you're gone"), seemingly through suicide ("You were a light that you couldn't see/Cause your mind was telling lies that you believed"), yet also a parting glass as she sings "Here's to you, who couldn't stay".

Striking piano power chords and bringing in the choir, the uptempo, rock n roll ebullient 'Rise Up' is, as it implies, about not giving in to but overcoming the odds, like the opening track a call to come together and sing along as one, for the "dreamers, sons and mothers/Believers, sisters and brothers" to stand tall and lift their voices to greet the dawning of a brand new day because "together we can break down the walls".

Similarly upbeat, 'You & Me' is a joyful celebration of a shared love, be that between lovers or parent and child ("Now I can't imagine life as strangers/It's such a mystery how we came to be") before the album ends with 'Salt', a simple, hymnal valediction that is already one of the songs of the year, a call for empathy ("When one of you cries the other tastes salt"), her voice soaring to Emmylou heights as she sings "Let the threads of kindness bind you/May you choose tenderness instead of finding fault", a reminder in these troubled, divisive times that "every soul's a common ground/Break each one open and there's all this beauty to be found".

"I have a place", she declares. Indeed she does. In your heart.