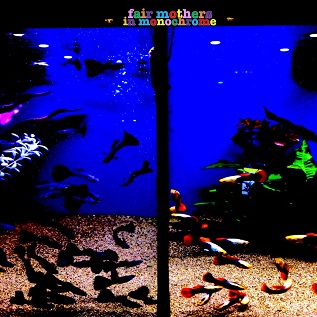 
The musical pseudonym of Stonehaven-based experimental folk musician Kevin Allan, his music, informed by both Camus' classic work The Stranger and his PhD in psychology, is sombre, melancholic and concerned with themes of isolation and the search to reconnect with the dimension of feeling, the tonal mood here summed up by the album title.

Variously featuring contributions from cellist Pete Harvey, harpist Esther Swift, vocalists Faith Eliott and Dana Gavanski as well as Johnny Lynch of Pictish Trail, it opens with the hollow drum beats of 'Magic Bullets For Dracula', ghostly keyboards joining to create a woozy Floydian delirium through the circular repeating lyrics as he drones about "erasing all feeling/meaning".

Featuring a vocal cameo by Lynch, the nine and a half minute 'Birds & Bees & Tiny Fleas' follows with its pulsing electronica and effects conjuring a dystopian industrial underworld on which, despite the seeming positivity of "When the winter is over/The seeds will be released" is more succinctly summed up in the line "We are mostly fucked".

With, Swift adding harp to the skeletal icy piano waltz and Elliot intoning backing vocals, 'Harpy' is another disconsolate affair ("So old man in the mirror/What you got left?") although the sparse, hesitant guitar imparts a slightly lighter note to 'In Black Covered' with Allan's vocals and the cello bringing a hint of warmth to the weariness on a song that addresses the potential fracturing of his marriage ("A former life/Wonderful son, wonderful wife/Who can't live without love") as the line "Say the right words although they're meaningless/But you can't fix my vow/My heart is out/On the floor, in black covered" bleeds slowly into the hazing smoke.

Solitary piano underpins 'Unwinding Road', the lyrics of which refer to William Burroughs fleeing to Mexico to avoid jail for forging prescription and his 'culpable homicide' when he drunkenly performed his William Tell act and accidentally shot his wife Joan Vollmer Adams in the head. As you might imagine, it's not particularly upbeat.

Gavanski adds her vocals to miserablist minimimalism of 'Crazy Lamb (The Patient Wolf)' which might perhaps, in Allan's world, be regarded as the album's enervatedly sung gospel track ("They'll turn your skin/Turn your skin into a golden fleece/And you will roam in the middle of the way of the lord") before the (almost) title track, 'Monochrome', arrives, Elliot and Harvey adding their textures to the stark pained beauty of Allen's strung out vocals on a song written about an argument with his wife that threatened to destroy their marriage ("You've hardly said a word / Since you've quietened down…What went wrong?/We let cold winds into our home"), Elliot both counterpointing him in the desolation while also offsetting with her Sha la la la's.

Featuring just Allan and Harvey, it ends with the strummed emptiness of '16:39', an almost dust-dry haunted Americana quality cloaking him as he sings "The halo has slipped/It's covering your eyes/I don't want to be a see-through disguise" and the album fades away into dying piano notes.

Patently an album for lo fi and avant-folk sensibilities that you need to immerse yourself in and soak up the subtleties of the music and the emotional undercurrents, but if you're prepared to put in the work and surrender to it, then it has a desolate splendour.