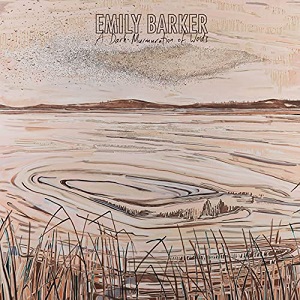 
This is Emily Barker's eighth album release since her recording debut in 2007. Born in Western Australia, she came to England at the age of 20 and has remained here since that time. She started her UK career singing at open mic nights and having been noticed singing a song she had written, a piece entitled "Nostalgia," she was asked to record it for the BBC series Wallander. This allowed her to devote her time fully to developing her musical career and this subsequently resulted in her also being commissioned to write the theme tune for the BBC series, The Shadow Line.

This time, Emily has produced an album with lyrics that describe perfectly the state of the world just now in all its guises and faults. Without the music it could sit quite happily in a university lecture theatre on the subject of The World Today. Fortunately, Emily has set her thoughts and vision to beautiful music and the clarity of her voice with its, at times, innocent tone makes the message so much more powerful. If you want thought provoking lyrics, look no further than this album.

Emily has written all of the songs on here with help on the opening track from Ted Barnes and 10cc's Graham Gouldman on the second track "Geography" where we are introduced to the title of the album.

It is said that you are never too old to learn something new and I have certainly been made aware of a different use of the collective noun Murmurations here having only previously associated with a flock of starlings.

The music is heavily embedded in modern folk and the arrangements to support Emily's voice are all of the highest quality. Together with Rob Pemberton (drums, percussion), Lukas Drinkwater (bass), Pete Roe (guitars, keys), Misha Law and Emily Hall (strings), Emily Barker and producer Greg Freeman have sculpted a soundscape that plays with colour, texture, and images.

"Where Have The Sparrows Gone" portrays a post-apocalyptic world with colourful and visionary lyrics and is a supremely thought provoking song. It is also much more enjoyable than the subject matter might suggest.

Musically, my favourite track is the aforementioned "Geography" with its beautiful acoustic guitar intro. "Home is where the heart lines meet" is taken from this and seems to perfectly sum up Emily's view on life.

Overall, this is a stunningly beautiful, heartfelt and thoughtful album. If it does not make you think about your life and that of others, then you are quite possibly lacking something. It will be released in September by which time the world might be a better place, although I do have my doubts.

The Woman Who Planted Trees